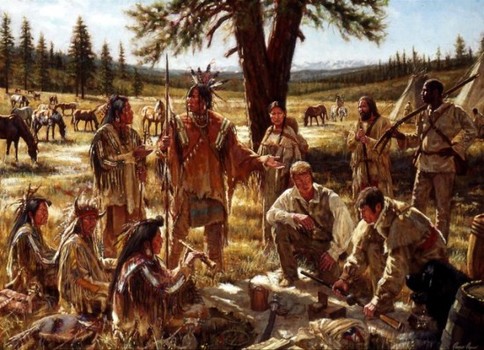 As the white men came to the Nez Perce lands, the Indians were generally friendly. Although there were reports of thieves and some hostility, never was anyone killed until the Whitman massacre of 1847 when some missionaries were killed and the rest left.
The Nez Perce were not threatened by the Americans in the early years and traded freely with them, although they often asked very high prices. This case was not the same with their native neighbors.
Although the Nez Perce got along with the other Indian groups who lived in the northern parts of their country, they often went to war with the southern tribes. They fought the Blackfeet and Snake tribes often, and were constantly planning how to attack, often with no reason at all.
When the warriors went to battle or to hunt, they dressed in buckskin leggings, painted their bodies and faces with war paint, wore headdresses of feathers and carried round shields made from buffalo hides on their forearms. They hunted and fought with bows and arrows made with sharp flint stone heads in a diamond shape. The Nez Perce warriors rode horses to battle or hunt with saddles made from deer skin and stuffed with animal hair which had wooden stirrups covered with raw animal skin. The raw skin would dry, becoming hard and lasting for a long time before wearing out. 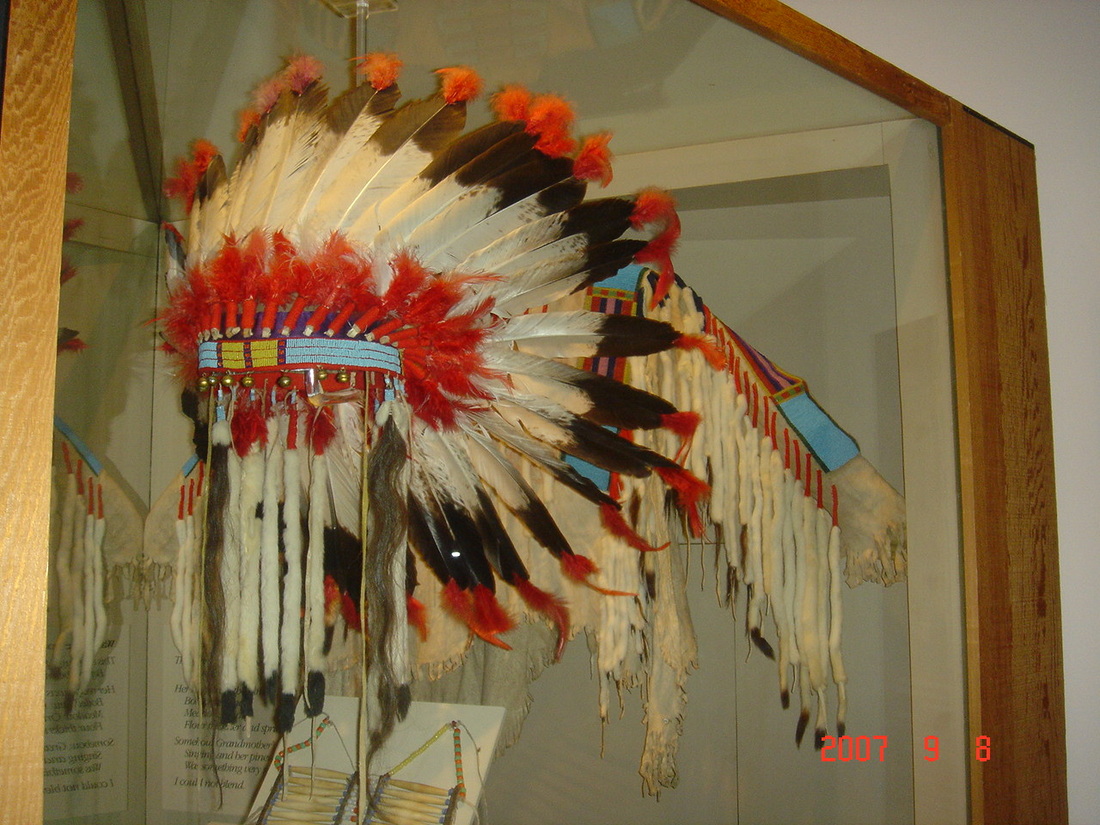