The War Sparked by Unfulfilled Promises in the Treaty of 1863 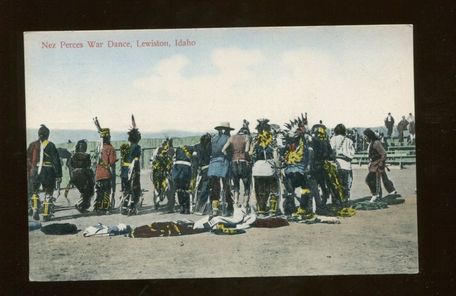 The war called Chief Joseph's war in 1877 was caused by broken promises to the Nez Perce that had been outlined in the Treaty of 1863. Chief Joseph was not a man of war and wanted nothing more than to live in peace with the white men in his country. Yet they continued to push the Natives off their land until there was no choice but to fight back.
This began the war of 1877, when Chief Joseph and his people fled from the military, leaving the Walla Walla area and heading into Montana. They were trying to make it to Canada. After 1700 miles with his people in tow and the military behind them, Chief Joseph finally surrendered. His famous words are often quoted that state his choice to fight no more from that day forward. He was a Christian man, one who desired peace with everyone, and beloved of his people. They were taken away from their country for several years but have since been given a reservation in modern-day Idaho state.